Why is the solar farm located here and not elsewhere?

The site meets the key criteria:

•Close proximity to the grid transmission network with available capacity

•Far removed from a flood area

Is the solar farm a waste of good agricultural land?

The land is currently used for crop production. The project would displace cropping at the site for the life of the solar farm.

However, sheep grazing would continue at the solar farm site.

The solar farm would not affect farming operations on neighbouring properties and the project would not have any long-term effect on the agricultural potential or land use of the site, beyond the life of the solar farm.

Will the construction traffic create delays and collision risks for stock and road users?

Local residents neighbouring the project site will be consulted regarding the timing and impacts of traffic in the build-up to and during construction. To ensure road safety, transport routes, upgrade designs and traffic management plans would be developed with and approved by the Rural City of Murray Bridge in advance of construction.

Will there be a lot of concrete used to construct the projects?

No concrete is used for the solar panels, which make up the majority of the site infrastructure and are mounted on piles which are driven into the ground. Concrete use is limited to parts of the substation, battery storage foundation construction and possibly plinths for the inverters depending on final design.

Will there be increased dust from heavy traffic and earthworks?

To prevent dust from affecting neighbours and road users, unsealed roads and bare works surfaces at the project site would be watered down as required.

After construction, there is likely to be limited dust coming off the property than before because perennial groundcover would be established across the site.

How will concerns and complaints during construction be handled?

An ‘Information and Complaints’ phone service would be set up to speedily respond to any concerns during the construction period.

What about the visual impact and the effect on the landscape character?

Major visual impacts are not expected because the terrain is flat and the height of the solar array would be a maximum of 4 metres.

Will the project increase the local fire risk?

The solar array would be largely constructed of glass, silicon, steel and aluminium and would have very low flammability. Equipment at the site, such as the Energy Storage Facility and the substation will be fitted with lightning protection and surrounded by a fenced, gravelled compound. The Energy Storage Facility would have integrated fire detection and control system.

During construction, a Fire Management Plan would be used to manage fire risks during the construction period, including the suspension of work with potential to cause an ignition during total fire ban days.

The solar farm buildings would be constructed of low combustibility or non-combustible materials.

After operation commences, the local CFS would be invited to an information and orientation day at the site.

Will weeds and pest animals be controlled at the site?

Weed control would be undertaken prior to the works and would continue throughout the life of the solar farm. Pest animals would also be controlled as required in accordance with a monitoring plan.

What happens after the solar farm closes down?

The solar farm is expected to operate for about 30 years. After decommissioning, the above ground infrastructure would be removed to a depth of 500mm.

The site will be returned to its pre-works state.

The project would not have any long-term effect on agricultural productivity or land use options.

In Australia, renewable energy generators receive income from selling the power they generate, plus they receive an ‘LGC’ (Large scale Generations Certificate), which can be traded for cash value.  According to ACIL Allen, LGC’s presently cost the Australian public an average of around $50 per year on their energy bills. However, this cost is offset by reducing the wholesale cost of power during market price spikes.

By comparison, according to the International Monetary Fund, Australians subsidise fossil fuel interests by $41billion, or the equivalent of $1,772 per person per year or around 2% of Australia’s GDP.2

You should also consider that most fossil fuel generation in Australia is provided by plant which was built by the State many years ago, much of which is beyond its design life and has now been fully depreciated. This means that the cost of building the plant has been fully repaid and the current cost of generating electricity only reflects what it takes to maintain and operate the facility. Faced with this any new generation plant, regardless of fuel source, would need some form of support mechanism to enter the market. As this older plant reaches the end of its useful life it will need to be replaced and the cost of any replacement plant will need to account for full costs to build, operate and maintain it. The Renewable Energy Target under which LGC’s are issued is there to ensure that new generating plant can enter the market and that there is an orderly transition to renewable technologies. 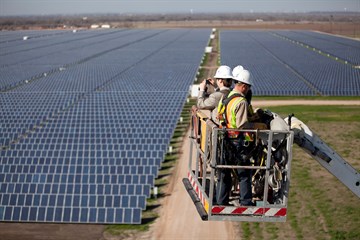 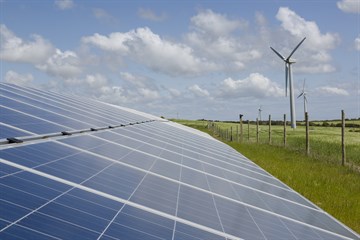